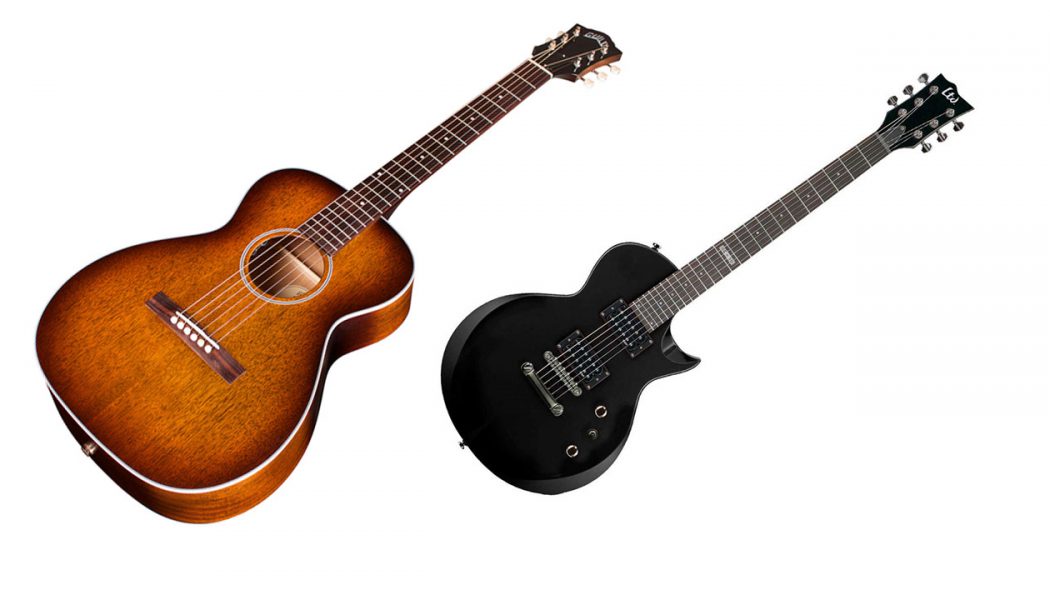 Guitar does not need any introduction but one will always want to know its origin, different types and how to select a good guitar like that. Guitar, classified under Chordophones is also a fretted musical instruments. Like Veena, Sitar, Mandolin etc. it is also played by plucking its strings and the sound normally comes from a resonating hollow body.

Guitars normally have six strings but there are guitars having 7, 8 and 12 strings. The strings of Guitar were made of Catgut which is a type of chord made of the natural fiber found in the walls of animal intestine. Usually sheep or goat intestines were used whereas cat intestines were not used despite the name. Around 1940, guitars were started using Nylon strings. Steel strings are commonly used in the modern guitars.

Electric Guitar is another category of the guitar which have solid, semi-hollow or hollow body. They use Electromagnetic Pickups or Piezoelectric Pickups which convert the vibration of strings into electric signals. These signals are then amplified by an amplifier. The Solid body types produce only very little audible sound.

Parts of the Guitar

The Parts of the guitars include the following.

Guitars are normally played by holding it flat against the player’s body. But Hawaiian Guitars are played across the player’s lap. There are much more to know about a guitar but you would have got an overview now. Let us watch a video on basic lessons of playing a guitar.