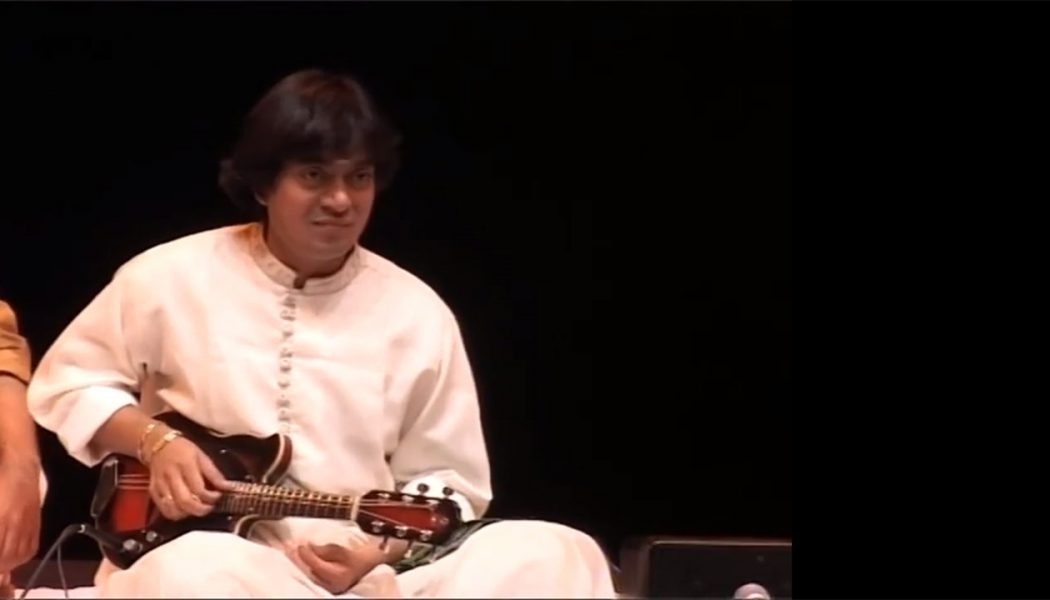 Born in 1969 at Palakollu in the then, Andhra Pradesh he started with Mandolin at the age of five. U Satyanarayana his father, a Clarinettist, had a Mandolin which Srinivas was very much attracted to and started playing with it. He got a new Mandolin from his father and started training under him.

Srinivas got training under Sri Vasu Rao a famous Guitarist, Sri Rudraraju Subbaraju and many others. He had his own style of playing the Mandolin, developed all by himself. He entered the Western Music arena in 1976.

Srinivas’s first public Carnatic Performance was in 1978 in Andhra Pradesh for the famous Thyagaraja Aradhana festival. Srinivas started with playing the Acoustic Mandolin but soon switched to the Electric Mandolin, which gave him the freedom he wanted. Srinivas, at the age of eleven, performed at the Indian Fine Arts Society in Chennai. He performed regularly at Madras Music Academy functions. He toured across the world and performed at various international venues during his career.

Electric Mandolin was first introduced to the Carnatic Music by U Srinivas. He modified the Mandolin to have five strings instead of the traditional four strings. This was much suited for Carnatic Pitches.

His collaboration with John McLaughlin, the famous English Guitarist and Michael Nyman and Michael Brook were notable. Srinivas was accompanied on many concerts by his own brother U Rajesh who got trained with him on Mandolin. Srinivas and Rajesh have performed with French Electric Bass Player Dominique Di Piazza, Anil Srinivasan and Stephen Devassy famous Pianists. There are many others with whom Srinivas performed and collaborated for concerts as well as albums.

Srinivas was awarded the Padma Shri in 1998 by the Government of India. He has got award from Sangeet Natak Academy. Sangeet Ratna, Sanatan Sangeet Puraskar, Rajalakshmi Award, T Chowdiah Memorial National Award are few to mention. He was conferred with the Title “Asthana Vidwan” (at the age of 15) by Tamil Nadu (1984), Kanchi Kamakoti Peethom (1990), Raghavendra Matha (2006) and Pillayarpatti Temple (1995).

His death on 19th September 2014 is a irreplaceable loss to the music world. Though he is not with us any more, his great works and performances are always with us and for our younger generation.

Let us now watch a live concert by late U Srinivas and his Brother U Ramesh.